30 Yer old Cardboard recently had a contest where he asked people to guess who would win the player awards this year. I misses Joe Torre being NL Manager of he year but I still did good enough to tie with The Nennth Inning for the win.

Brian was so generous that he gave us both an award. He offered up choice of 9 different autographed cards. Being the major Red Sox fan that I am I choose this gem. 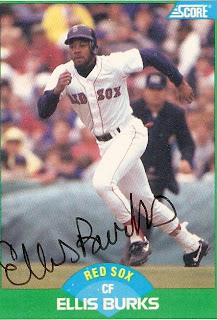 Ellis Burks was a long time player for the Sox and one of my favorite players from the late 80s early 90s.

Along with the autographed card he sent me this Masterpiece. 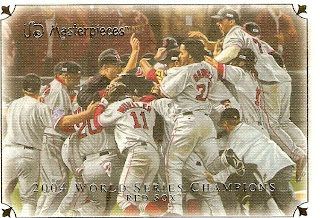 What a celebration for Red Sox fans that was!! 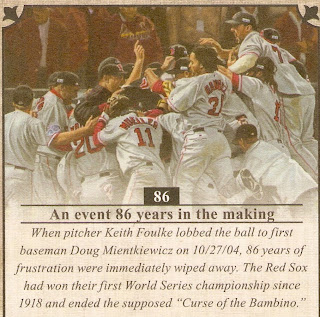 I would like to thank Brian for his generosity and recommend anyone read his blog as he documents his attempts to put together a few player collections and some TTM autos. Although I do not have any of the players he collects I'm going to try to come up with something to pay him back. Thanks again 30 Year old Cardboard!!
Posted by AdamE at 7:06 AM