We are about to find out who the AL MVP is. The Red Sox have two viable candidates. Both play every game and even every at bat like it was their last one ever. I love players like that (football players too). Guys that give their all 100% of the time. I want to see that passion and will to win on every play.

I think Kevin Youkilis deserves the MVP a bit it more. His batting average is only slightly lower then Pedroia's but his power numbers are all better. He also was able to go from playing first base to playing third base seamlessly. He didn't get the gold glove this year at first (HE WAS ROBBED!!), but he deserved it. he hold the MLB record for attempts without an error. His third base skills are also gold glove caliber.

Perdoia had a awesome year himself. No sophomore slump for him. He is also golden with the media so will probably get the MVP nod over Youkilis. Hopefully they split so many votes that neither gets it. 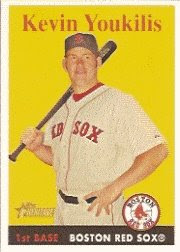 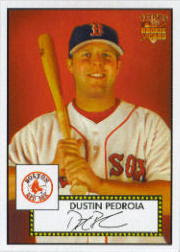