Joy of a Completed Team Set Year's Worth of Team Sets

I have ignored new cards for quite a few years now. I don't mean just not buying them; I mean I paid zero attention. I don't think I could identify even Topps base cards between 2016 and 2019. All those other sets, no way. Heck except for the usual suspects like Bowman, Heritage, and A&G I don't even know what other cards were produced in those years. For the last 5 years or so I have focused my collection totally on Virdons and Vintage.  Nothing else even made it on my radar.  Since I started ignoring new stuff my Virdon and Vintage Red Sox have took off.

After ignoring new cards for years I now know all the 2019 Red Sox cards because I have them. All of them. At least all of them that I want to say I collect. How did I get them all? Well I did something I said I would never do. I bought them all in complete team sets. I have bought a few team sets over the years but never all of them. I know, sacrilege right?

Bowman is out in the cold, I didn't understand all the Bowman sets when I was paying attention every year and I'm not going to go back and retroactively try to figure out 2019.  Maybe I'll go back and add regular Bowman and Bowman Chrome but probably not. 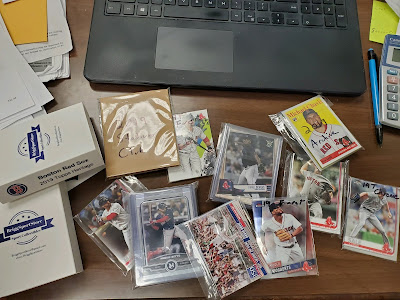 For Topps, A&G, and Heritage I bought Master Team Sets.  Which translates to: includes all the base cards, SPs, and "regular" inserts.  You know the cheap inserts that are treated like regular base cards.

All of it cost me about $120.  I know I couldn't have hand completed them all for $120 and I would have been chasing them for years.  The cheapest I got was Big League.  It was an 18 card set and it ran me a whopping 2.10 AFTER shipping.

Heritage with all it's inserts and SPs cost me the most at $34.  I know from previous years collecting Heritage it would cost me almost as much to build.  Considering I haven't completed a Heritage Team set since it's inception it is safe to say this one would have hung around waiting to be completed for years and years.

Stadium Club is hands down my favorite team set of the year.  It is a good mix of new and old and the old are not images that I have seen over and over again. 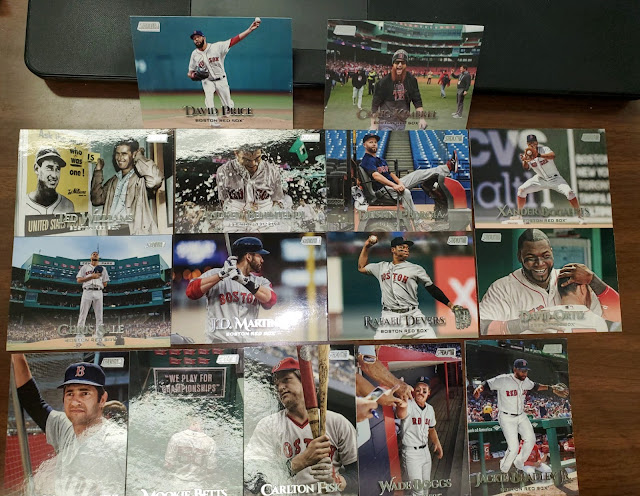 There was a 2 way tie for my favorite: Mookie and Fisk.  That Fisk is a photo I haven't seen before. 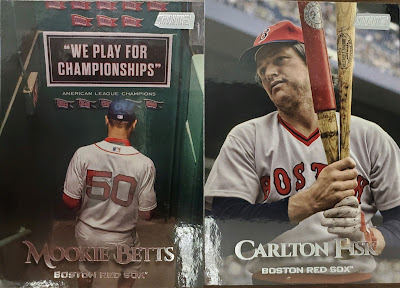 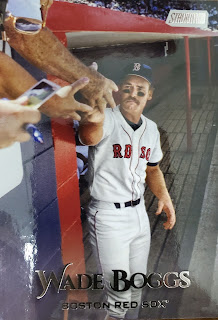 I know that most bloggers, if not all, won't even consider collecting like this.  I get it.  I thought the same way too.  But I have to admit this was great!  How many team set builders know what it is like to wrap up a whole year worth of team sets?  I now do and it's wonderful.  Heck I will probably start working backwards and fill in other years I missed out on. 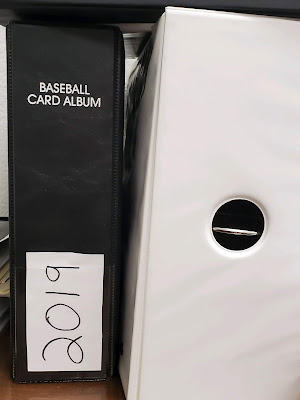 But really the best part of knocking them out all at once is that I focused on vintage stuff for the whole year.  I completed a truly epic team set this year.  One of those bucket list team sets.  I'll probably post it after I free some cards from their prisons.  (If you read this Hoyle don't spoil it.  I think your the only person that knew I was chasing it.)
Posted by AdamE at 5:30 PM 2 comments: