Trip to a card shop

One of the drawbacks to where I live is that there are no card shops anywhere around. I had to go to Springfield this week (a two hour trip) and no trip to Springfield is complete without stopping by the card store. I don't make it up there too often but when I do go the guy that owns the place recognizes me and knows what I'm looking for. He pulled out all of his game used Red Sox and I picked out this one for $5. 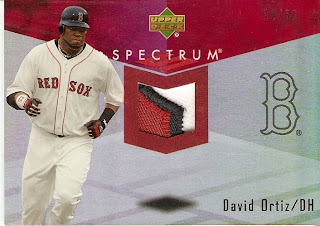 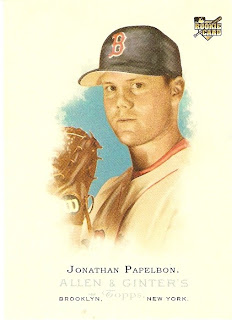 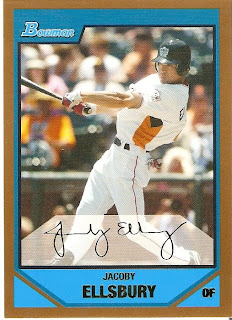 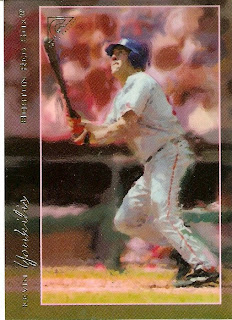 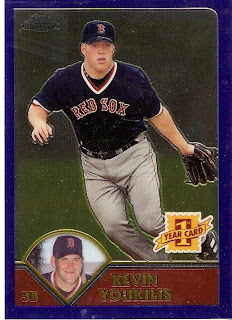 It is a good thing he grew that beard cause he never would have got that hot chick of his with that baby face. 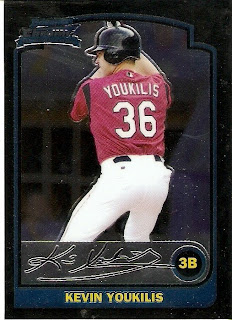 About 4 years ago I was watching a Red Sox game with my oldest son when he asked, "Dad, what other kind of socks are there?" Not knowing what he meant I responded that they made socks in every possible color. He said, "No, what other kind of Sox like the Red Sox are there? Is there blue ones or green ones..?" I said "Well, there are White Sox." He said ok. After a few minutes of being quiet he said. "My favorite team is the White Sox." And now 4 years later they still are. (I have been hoping he would grow out of it but alas..) So every time I go to the card shop the guy puts together a box just for him. Since he was at school when I went it is now a Christmas present. I think I got a pretty good deal on them too. An 800 count box of assorted White Sox (including inserts) for $15. 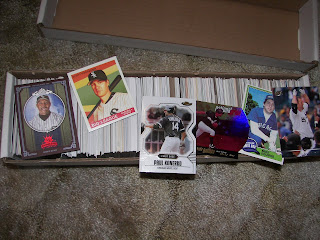 If only I had a card store in West Plains to shop at...

That's a nice looking Ortiz card! Man, Youkilis looked different in that rookie card. That goatee is so freakin' ugly - I'm surprised that the hot chick wants to be with him...

I hear ya on the lack of card shops. The closest card shop to me is an hour-and-a-half away and I won't go there because they don't have much and the guy who runs it is annoying.

So, the NEXT closest is THREE-and-a-half hours away. The boonies suck.