I got a package about a month and a hald ago from Orioles Card "O" the Day and evidently it fell down behind my entertainment center and I just found it again this week. At the time i didn't even have a blog so this little mix up gives me a chance to plug O Card. 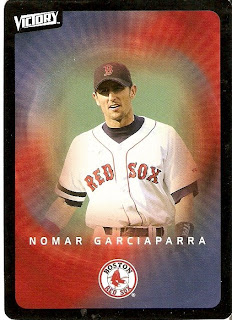 This is my first Victory card. They look like they should have numbers and suits on the back. 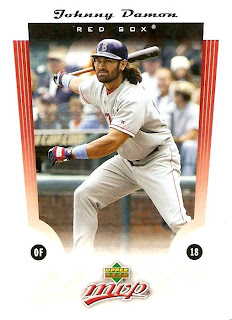 When Theo didn't regisn Damon I was pissed. Now when I look at his numbers, expecially his days on teh DL, I'm glad that Theo didn't bring him back. 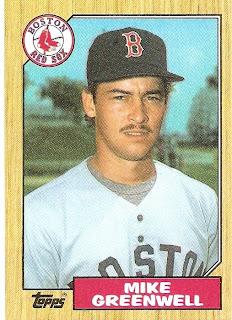 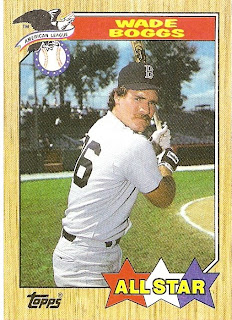 Any Boggs not in a Yankee jersey is a good Boggs. 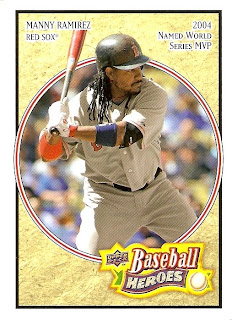 I had UD Heroes Manny on my need list for the last month even though I actually already had it (just hiding behind the entertainment center).
Posted by AdamE at 5:50 PM

The reason Greenwell didn't get a trophy cup on his '87 Topps was he had 0 HR and 4 RBI in '86. The cups were for rookies who had monster years and made the Topps All Star Rookie Team like it says on the cup. Now they might have gave him a Future Stars logo as he was highly touted or a rookie cup in '88 like Ellis Burks.