Trade with The Nennth Inning

I recently send some Giants cards over to The Nennth Inning and he paid me back with some great Red Sox cards. 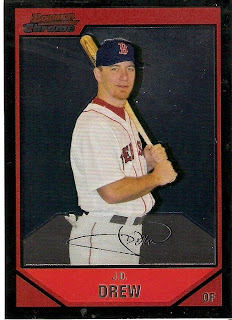 Chrome JD - He is a great player but plays with zero passion and he always looks like he would rather be somewhere else. I would say I would rather have Trott back out there but JD has come up big for us a whole bunch of times. I just with he played with some fire. 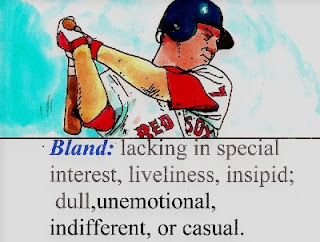 I don't buy packs of Chrome because it kind of burns me to so few cards in a pack. I love trading for them though. Gives me a good excuse to look at some prospects. 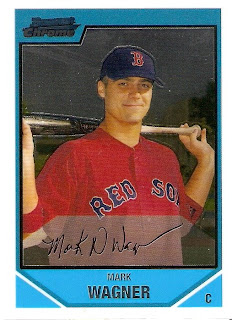 Chrome Mark Wagner - He is rated the 13th best Red Sox prospect and may one day be Tek's successor. 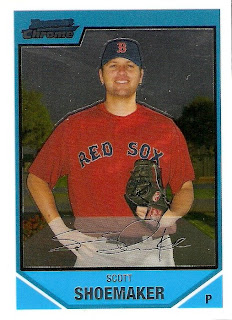 Chrome Scott Shoemaker - He was traded to Texas for Daniel Haigwood. 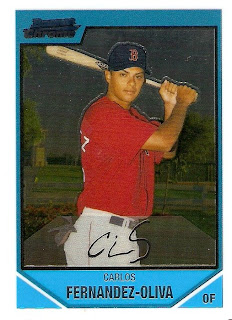 Chrome Carlos Fernandez-Olivia - He had a great year in 05 but dropped off dramatically. He has the potential to be a 5 tool player but is still raw. 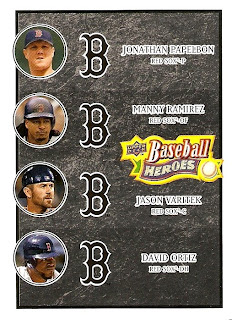 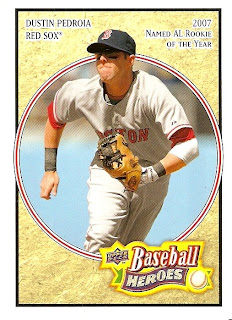 No colored parallels? Well, I'll have to fix that for you. I think I have a few cards that can help with that.

Sounds great. Let me know what all you want off of that list of cards I sent you. You're welcometo the whole thing if you want.

I emailed you. I'll take whatever you want to provide. I'll throw in as much as I can to match.