Wal Mart had a row of 2008 Stadium Club and I just had to buy one. I remember when Stadium Club came out in 1991. Everyone was in awe of the picture quality. Upper Deck can match the quality now but at the time nothing else was even close. 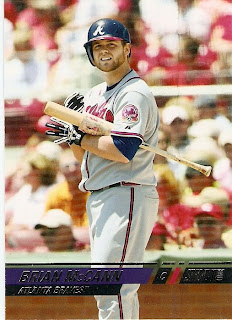 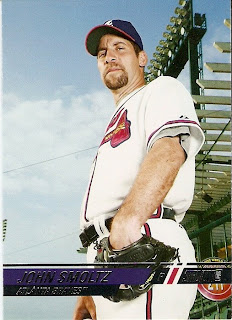 John Smoltz - Another Brave. Maybe the Junkie should have pulled this pack. 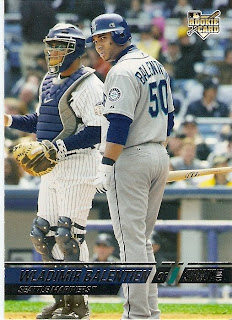 Wladimir Balentien RC - Mariners: Well here is the one RC per pack that I am promised out of retail packs. 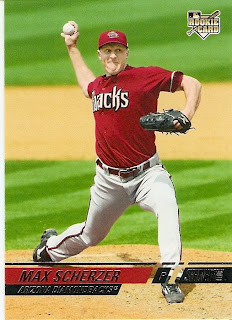 Max Scherzer RC - Diamondbacks: Another Rookie card. Does this mean that someone else is going to get screwed out of thier promised Rookie? 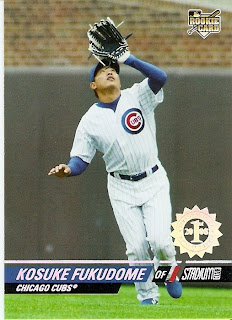 Kosuke Fukudome RC 1st Day Issue: Three Rookies in one pack. Not bad at all. Now I know this pack was supposed to be dayf's because he has labeled himself the KoFu magnet. Better him than me.

Not a bad pack. Some decent photos.

I got your cards. Thanks! I'll be posting on at least a couple of them late tonight.

Rookies are definitely not short printed in this set. They are all over the place.

And to paraphrase Elwood Blues:

Hey you sleaze, my pack!