A while back one of the guys that I consider one of the Original Card Bloggers, Indians Baseball Cards, Always, had a sign up for people to grab unmailed teams the PAD Circus cards.  I quickly grabbed up the Red Sox.  I figured I would get a small box of cards but to my surprise what showed up was a 800 count box of cards.

It was great going through all these cards.  They brought back many memories of David's Circus breaks.  It was always fun reading through each pack break watching to see if one of "my guys" happened to show up and then trying to draft any Red Sox that I could.

It has been a long time since I did a post about cards from another blogger.  I think have conquered some of my scanner problems so I chose a top 10 from Tribecards. 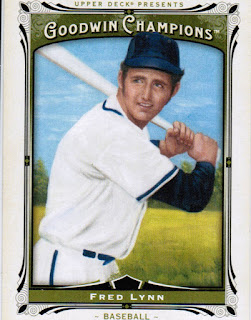 Ok, so the scanning isn't perfect yet.  But man is it allot faster. I don't see many unlicensed cards.  So while many people hate them I find them fascinating.  Besides it isn't every day I get a card of one of the God Dust Twins that I do not already have. 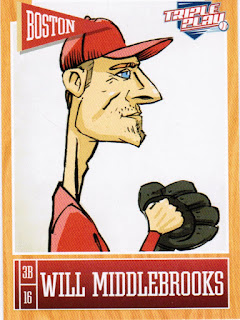 This is a fun card.  It reminds me of one of these comic cards from the early 90s crossed with Wacky Packs. 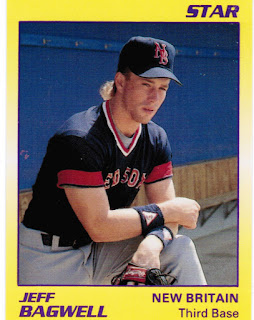 The one that got away.  Everyone knows that the Red Sox traded away Bagwell in perhaps one of the most lopsided trades EVER.  They got one month of service from a reliever named Larry Anderson for the Future Hall of Famer.  I had a minor league Bagewell before this but this card was new to me. 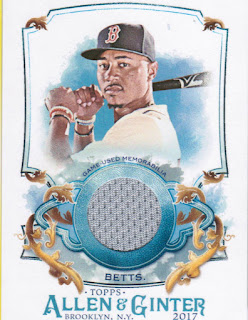 I am not really a Game Used collector but I do try to get one of each Red Sox player.  I didn't have a Mooke GU until this showed up.  There were a few other GU in the package but since Mookie hass my favorite current Sox player since Ortiz retired he gets the scan treatment. 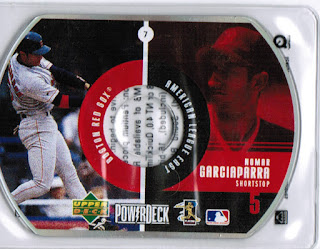 Some might not consider this a card but it is card sized and made by Upper Deck so it is a card to me.  For years Nomar was the Red Sox' best player and his cards were some of the most sought after cards in the hobby.  All the cool insert sets had Nomar cards in them.  Nomar has been out of the league since 2009 but people still hoard his insert cards.  It is always nice to get one. 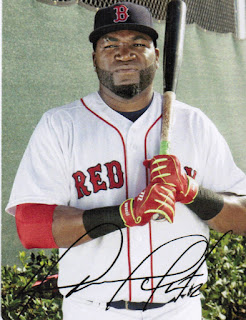 I have a few 1969 Topps Super cards.  This Ortiz made to look like them is nothing like the originals.  Not only is it not super sized it is made from just regular card stock. 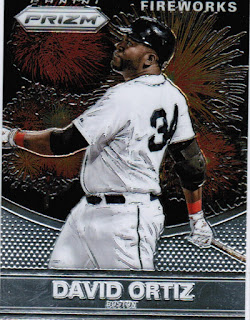 Another unlicensed card.  This one probably wouldn't even look unlicensed if I didn't know it.  Papi just happens to be in the perfect pose for no logos to show up.  Not only did I scan it crooked but the scanner doesn't do it justice at all. 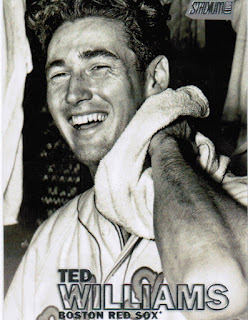 I Love Williams cards.   This black and white photo looks great on card. 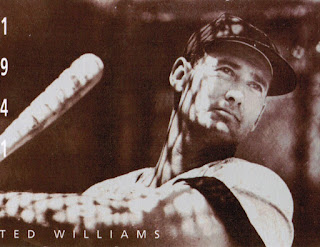 Another Williams card.  This time from early Upper Deck and it's one of the earliest "insert cards". 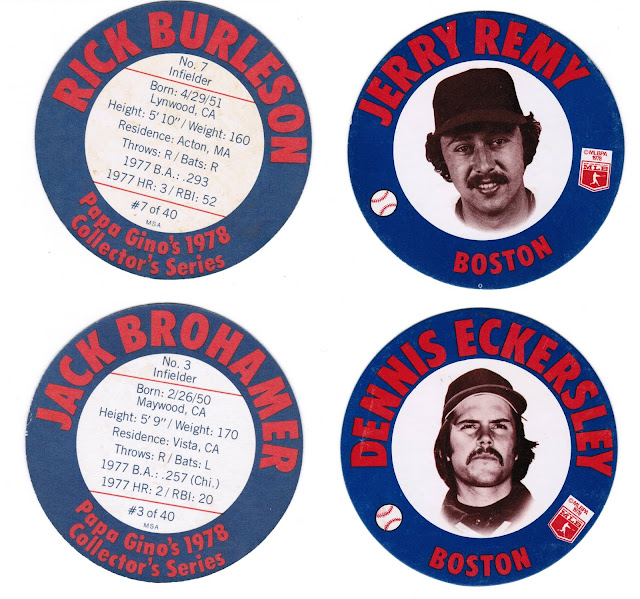 OK, so I cheated.  This is more than 10 cards but come on round vintage cards from a set I didn't even know existed, how cold I not pick them.  To be fair I only scanned a couple of the ones David sent.  Two guys from the NESN booth.  Remy used to be my favorite TV announcer but not anymore.  Eck has taken over as my favorite announcer in the last couple years.

Thanks for all the great cards David!!!