I have recently made some trades with GSNHOF. That stands for Great Sports Name Hall of Fame.  Not only does he collect Red Sox and people with odd names but he has been willing to take some of my 90s football cards off of my hands in trade for Red Sox.

This is the first of two packages from him.

Honestly I don't remember Don as a Red Sox manager.  I was a kid when he was manager and kids don't pay attention to managers.  I remember him as a coach for a few other teams but what really comes to mind when I think of Zimmer is Pedro throwing him to the ground. 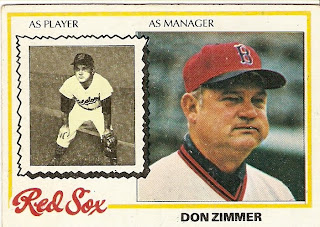 The Spaceman.  One more card off of my 75 Topps Team Set taken care off. 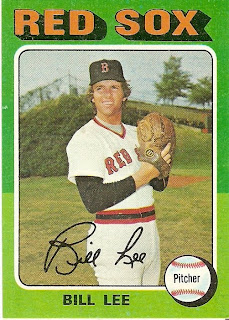 I really like these T205 cards.  I really like the mini version but the only one I have is a Beckett.  (or maybe it is a Wakefield can't remember...)  If I only had enough extra cash to tackle the 2009 T206 team set. 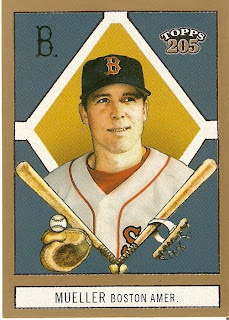 When I planned on writing this I had only received two packages from him since I posted last.  But since then I have received a 3rd package.  (that still needs scanned and everything)  These 3 packages ontop of the packages I have received in the past from him makes him my most frequant trading partner.  Oddly enough my two most frequant trading partners are both Red Sox collectors.  That works out okay though since I seem to aquire lots of doubles.  My doublr box has went from 2 columns of a monster box to about 3/4 of a column.  I'll post the other 2 packages in upcoming days.

Since I traded with you after I got a bunch of Red Sox from Balk Four, sometimes I get you guys confused haha. So when I saw this post I was like wait, I sent those cards to Balk Four, what's going on?

Either way, I love seeing which cards people pick to post. So thanks for posting some of the stuff I sent you!

Well more pics/posts are coming soon from the other pakages you sent.

I Am The Average Joe said...

To this day I do not think Pedro shoved Zimmer to the ground. Seriously, he side stepped a charging bull in Zimmer and Zimmer went down!!

Yes he did side step but he pulled him down also.