I had a post saved and ready to post about a trade with a non-blogger named EricS that was making trades for Yankees all over the web. Then I came across this post at Cards on Cards. So I had to rewrite half of the thing as a trade with the newest blog around, The Pettitte Pursuit. I had sent him a bunch of hated Yankee cards (the really hated ones too Jeter, Pettite, Rivera, Mussina...) (I actually admire Jeter, a great player and a seemingly all around good guy, but he tears the Sox up every time they play) (I wrote that small and light because I only grudgenly admit it) and he sent me some of my beloved Sox.

First off he sent me a whole bunch of current rookies 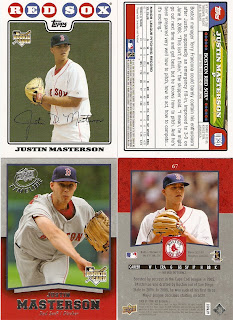 He sent 2 copies of each Masterson so I figured I would scan the backs also. I think Justin will be a front of the rotation guy pretty soon. I just hope it is with the Sox. 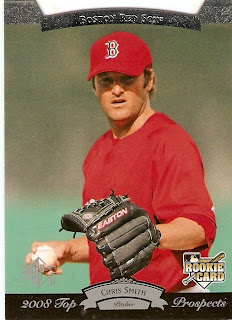 I though Chris did a decent job when they called upon him. He is a free agent right now. I wouldn't mind at all if he was resigned as a long releiver. 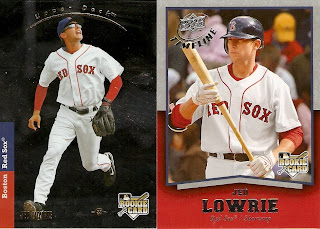 Hopefully the heir and stop to the revolving SS door. I really like the throwback SP design in these Timelines however it is the only version that I like. It made me look at all of my SP football rookies that are gathering dust. If I had enough time and patience I would work up a list of them all and post them in hopes that someone would trade something for them. As always I'm short on both. 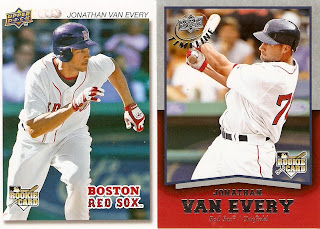 Jonathan Van Every - He had his cup of tea, that is all I have to say on Van Every. 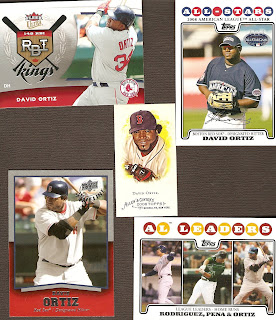 The highlight here is definatly the Ortiz mini. I also needed both of the topps cards for my 08 Topps team set.
I hope everyone takes a minute or two to check out his blog. Thanks Eric.
Posted by AdamE at 7:55 AM

My pleasure - thanks for being the first to comment on my blog!