The girls at Dinged Corners posted a list of questions for the blog world to answer.
I'm a little late in responding but here goes.
1-If I didn't collect baseball cards, I'd collect _________.
Comic Books 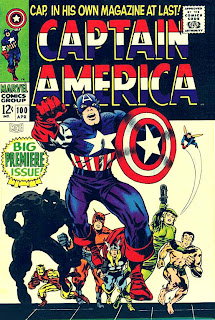 Actually I already collect comic books. I started out with a Captain America collection but then I had to get all of the Avengers also because Cap was in them. But then I had also get Iron Man because he was in Tales of Suspense with Cap and also in the Avengers. I know, I have a problem it is called an addictive personality. I think that all of us card collectors have it to some degree.
2-My baseball heroes include one you probably wouldn't know from my blog or comments, and that person is __________.
Cal Ripken 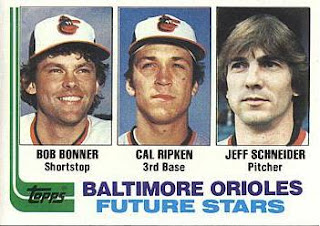 I actually used to collect his cards years ago. At the time I had a neighbor that also collected cards. He lost his collection when his house burned down and I gave him all of my Ripken cards.
3-Every New Years I resolve to __________ my collection.
Focus
I tend to branch out. It is that addictive personality thing again. When I got back into collecting I was only going to collect Vintage Topps Red Sox. Then I added Vintage Bowman Red Sox , then Modern Topps Red Sox and now any and all Red Sox.
4-If I could spend a day with one person from baseball history, it would be ________.
I am going to cheat here and change it to sports history.
Muhammad Ali 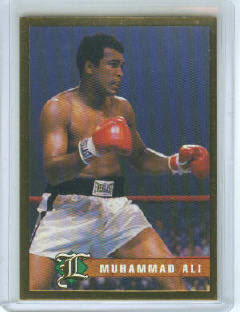 He was the greatest of all time; King of the World. The most famous man in the world. Even more famous then the President or the Pope. Not only was he the greatest athlete that ever lived he had more charisma than anyone in sports history.
I went to a Roy Jones fight years ago. I was standing in the crowd waiting for the undercard to start amongst 10-15 thousand people with all of the noise that a group of people that large makes. When suddenly, an erie silence settled across the crowd. The hair on the back of my neck stood up, I could feel the electricity in the room. The silence broke into historic yelling when everyone realized that Ali had entered the arena to watch see the fight. it was the most awesome thing I ever witnessed at a sporting event. And he was just there to watch.
I'll get to Round 2 Lucy's questions in a later post.
Posted by AdamE at 11:25 AM

Oooh... Good choice on #4. that's thinking outside the box. I'll still stick with Ruth though.