When I get to them they come in bunches. Here are some more Goose Joak cards: 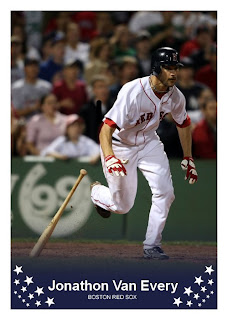 Jonathon will never be more than a back up guy that rides the bus back and forth between the majors and AAA. I hate to see him on the field because that means someone is hurt. He has done a good job filling in though. He got a game winning home rune one day and pitched an inning in releif. 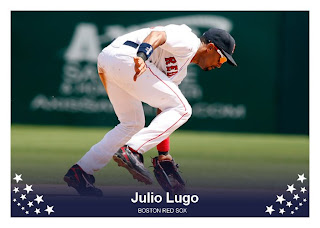 I hate to see Lugo on the field also but not because it means someone is hurt. I don't like to see him because he sucks. 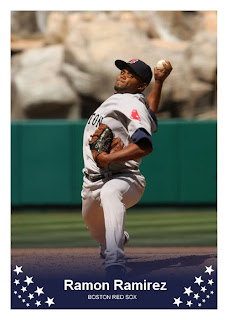 Since our starting 5 has pretty much stunk so far, it is a good thin we hvae had such a good pen. Ramon Ramirez has been a big part of it. What a great trade by Theo dealing Crisp for Ramon. Yes, we will miss Crisp's glove sometime during the season but so far
Posted by AdamE at 11:23 AM