A Yaz from a package of Twinkee 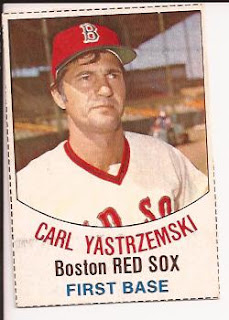 This card traded a few hands before it found me.  My Sports obsession had it before Ryan sent it to me.  I realized when I stared typing this (about a week before it published) that I never returned anything to Ryan for this.  I don't think I have the CC card he originally wanted for it so I sent him something else instead.  Hopefully he was happy.

You're welcome! And I'm always happy! At least, that's what I try to be.