Well the over-sized Virdons to a new folder is done.  (Though I know I am missing some 8x10s somewhere.  I just have to find them...)

I didn't realize just how many over-sized Virdons I had stashed here and there.  The old binder looks much the same as it did before but now I have a whole other binder to go with it.


This is the cost of being unorganized.  That is three 58 Jays Publishing, two 1962 Sports Service, and two different Rowe/Brace postcards that are all doubles.  To make it worse I had the 58 Jays and 62 Sports Service on my eBay watch list again.  I saved myself from more purchases at least. 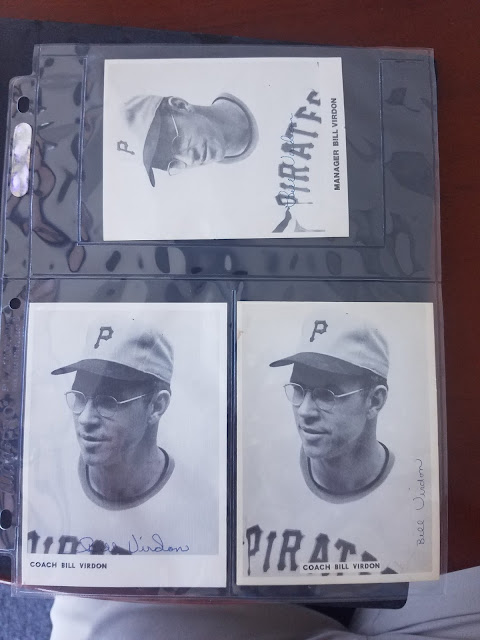 Team Issues are the reason I needed to get organized.  See the subtle differences in the above team issues?  Same picture different issues.  To close to go off of memory when I find one on eBay. 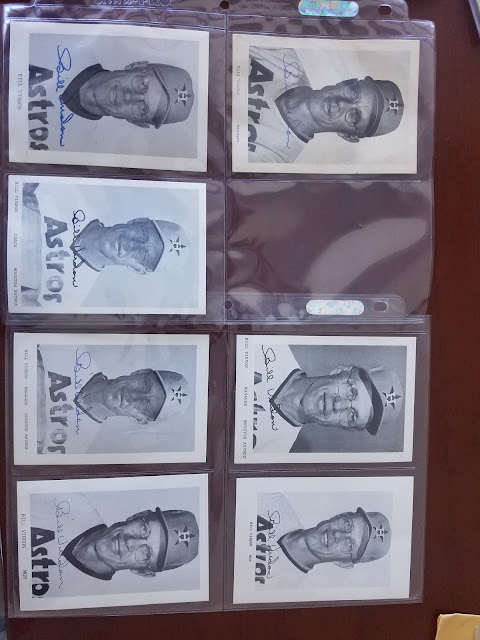 Many times even different pictures look just alike.  Every one of the above look alike but are a tiny bit different. (Sorry for the sideways photos I didn't realize they would post this way.)


Sometimes cards are exactly the same, except they aren't. 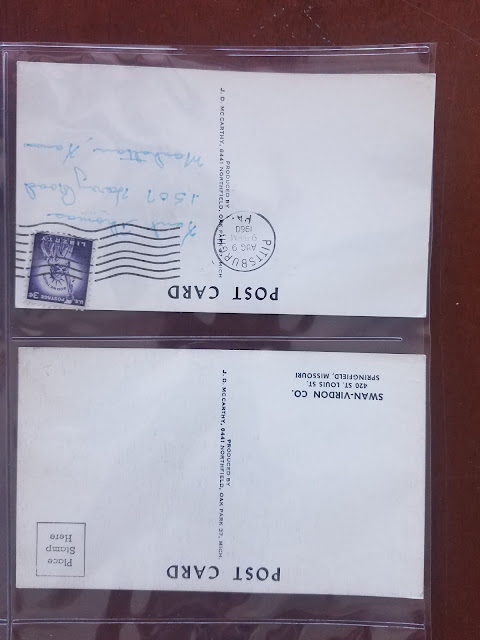 
It isn't the old team issues that have lots of variables. 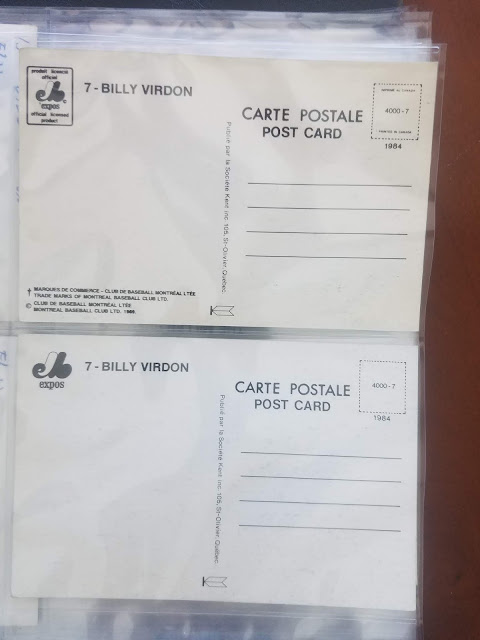 The "newer" ones have endless parallels too.  With those missing 8x10s I have this same postcard with English on the back instead of French. 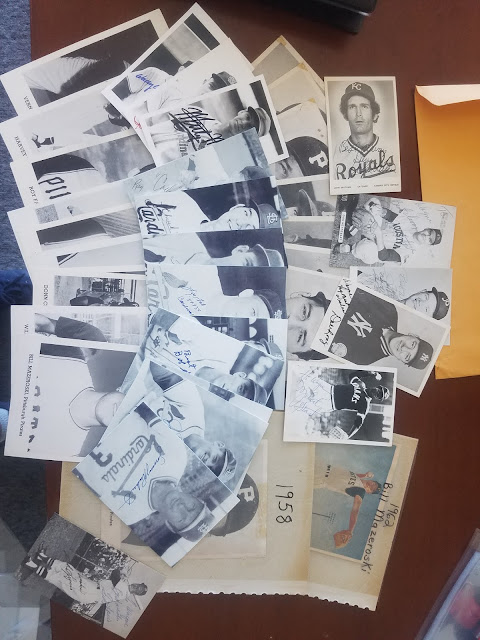 This is another cost of chasing team issues.  Sometimes you have to buy the whole team, or some kind of lot, to get the one card you want.  At least I know who to send the Cardinals too.
Posted by AdamE at 8:00 AM

Cool. Yes getting stuff organized is a huge benefit. I keep telling myself I need to get better organized. I often fail. There are rare occasions where I make a tiny fraction of a tiny fraction of positive headway, most mostly I procrastinate and stay lazy.

Impressive. Anyone good in that pile of extras

Congrats on getting organized!