Taking What I've Been Dishing

It was bound to happen sooner or later.  They say that what goes around comes around and I havd sent out a half dozen Bippings so it makes sense that it would happen to me.  Night Owl was the first guy I Bipped and wouldn't you know it he is the first one to Bipp me.  I hope this doesn'tmean I have abot 6 more coming. 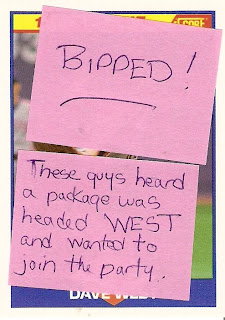 Twelve Dave West Score cards.  Seriously what am I going to do with twelve Dave West cards.  At least when I Bipped the Owl I bipped him with Barry Bonds the Home*Run*King.  Surely h can trade Bonds off to someone.  I dont' think  there ill be any takers for Mt West.  Oh well at least that isn't all that was in the package.  Oh, no.  There was some really good stuff in there also. 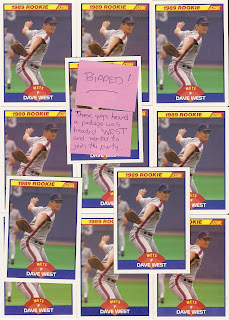 09 Topps Heritage Updates & Highlights - Victor Martinez:  My first 09 Heritage U&H card.  And hopefully not my last.  It better not be because if it is than that means I am about to get shut out in I am Joe Collector's February Box Break. 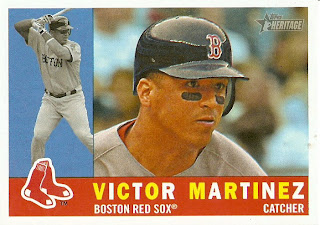 09 Topps A&G Mini - Penny and Baldelli:  This years mini cards have been a lot harder to come by than last years.  I still need a bunch more of them.  Maybe it is just because I didn't chase them as hard this year because I don't like the design as much.  I still love mini cards though and really want to finish this team set off. 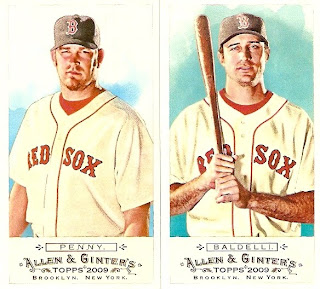 09 A&G Jonathin Van Avery Autograph:  This card alone was worth the Bipping I got.  I almost bought this card at a card shop in Springfield a week ago but decided not to.  I bought a fw Goudey Sps instead.  Now I am really glad I didnt' buy it.  I like that the auto is on card but his signature really sucks.  It could be that there just wasn't enough room for his big long name. 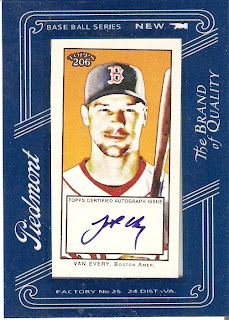 Thanks for the cards Night Owl (except for those Wests)
Posted by AdamE at 7:31 AM

I have even MORE Wests than that. You know what that means ...