The Best Package of the Year - GCRL

I've sent off a ton of packages lately and sometimes after I pay the USPS bill I think is it really worth it?  I start to think that maybe it would be cheaper to just buy singles rather than make all of these long distance trades.  Well, packages like this one I received from GCRL remind me how great trading is.  I came home to a box of cards.  I don't mean a card box I mean an actual cardboard box of cards.  Here is some of the stuff I got.

First off, I need some help for you guys.  I don't know what set these first two cards are from.  Some TCMA set??  They are oversized and the backs make some kind of picture if you get them all. 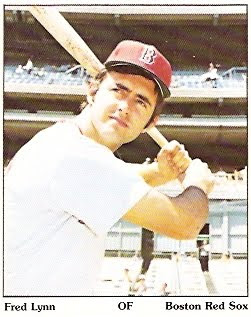 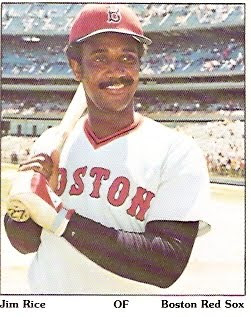 A bunch of Canadian cards.  Those dang Canadians sure are stingy with their cards.  I have so few O-Pee-Chee it is pitiful.  Basicly if you want to send me something that I don't already have send some O-Pee-Chee. 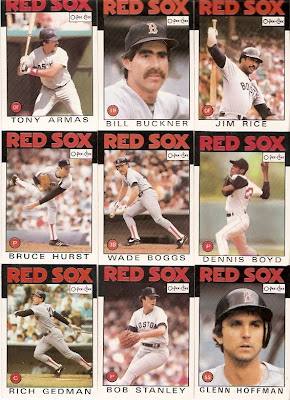 I had one or two 1987 Fleer Mini cards before this but I never even realized that there were mini '87 Fleer stickers.

I always like getting a regular and a parallel card together in a trade. 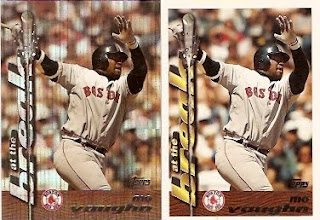 These 2008 Opening Day cards are one of my guilty pleasures.  I love the guady red of this set. 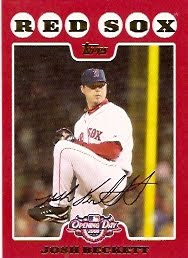 A late 90s crazy shiney Crash the Game insert of Mo Vaughn.  Hey Topps and Upper Deck where are these kinds of inserts now??? 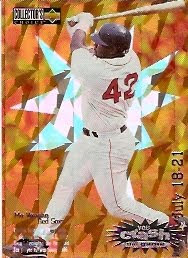 You can't tell from the scan but this card is actually transparent.  Yep totally see through.  Again how come I don't get cool stuff like this in my 2010 packs? 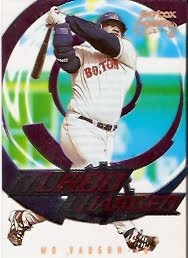 It would be hard to have the best package of the year without having sme vintage in it.  Was Zimmer ever nicknamed the Rhino or do I just think of him that way?? 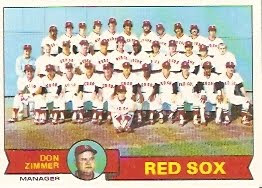 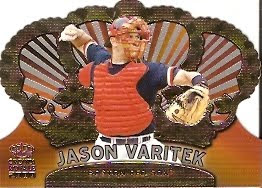 Thanks for all the awesome cards.  There were well over 150 cards in the box you sent that I didn't already have.
Posted by AdamE at 5:30 AM

The two large cards are SSPC cards, don't they have a puzzle back?

Yes these do have puzzle on the back.

Does anyone know what year these SSPC cards are? Both the 76 and 78sets had Lynn and Rice in them.

the 2009 standard catalog of baseball cards lists that set as the '1975 sspc puzzle backs'.

glad you enjoyed the cards!