A Fantasy break from want lists

I'm sure people have grown tired of seeing my year to year want list come up on blogrolls as I try to build a list of all of the Red Sox cards I do not yet own. It has taken way longer than I imagined it would. I though I could do some copying and pasting and have it knocked out in a few days. That was weeks ago. I can't believe how many sets there were in the 90s. I think it was a good thing that MLB thinned out the herd a few years ago and only licensed Topps and Upper Deck (for now).

As a break in the checklist posts I'm going to post my new Fantasy Team. Old School Breaks put together a league and I jumped at the chance for a team. Our draft was last night. Unfortunately I didn't get to participate. My wife goes to college and they offer free dial up to all students (that is free with not so free paid tuition) so I don't shell out the cash for high speed at home. I tried to get online to participate in the draft and after an hour of trying to load the draft page it errored because the draft was done. Fortunately I had taken the time to prioritize my picks "just in case". I know I didn't rate enough players so the last few rounds were a total crap-shoot. All in all I don't think I did to bad considering that I wasn't there to pick. 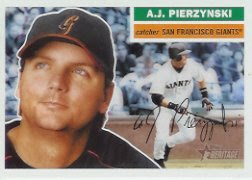 This was one of those crap-shoot picks. I wonder if he doesn't like the in his name like a certain new Yankee. 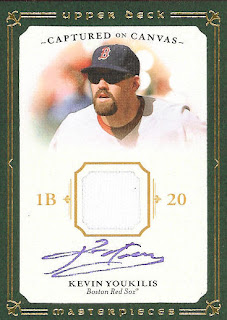 I'm so happy I got Youk. This is the year he breaks out. Bill James be damned I'm predicting big numbers for Youkilis this year. I had hoped to get him in the 3rd round but if it would have been live I would have probably jumped the gun and taken him in the second. 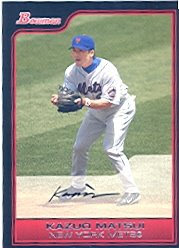 Puts the crap in crap-shoot but how many 2nd baseman put up big numbers anyway. 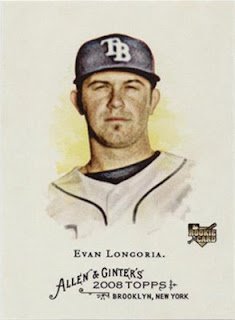 He better not have a sophomore slump I'm counting on some production here.
SS - Michael Young 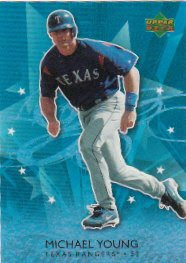 Not quite Hanley or Jose but solid. 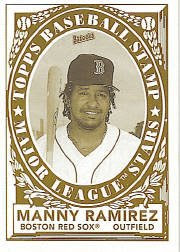 He seems happy in LA and a happy Manny hits like nobody else. He only played a half year in the NL and tore it up. I think this year may end up being his best year ever. (at least I hope so)

Somebody on this team had to steal some bases. 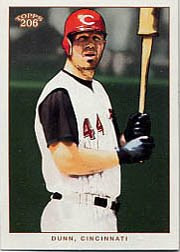 One more thumper in the lineup. I hope he hits in the regular season like he has in the WBC so far.
UTIL - Mike Lowell 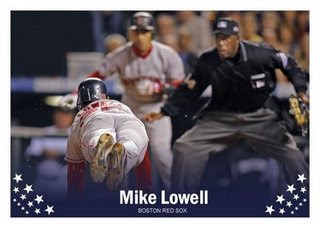 Another Red Sox on the team was just luck of the draft because I didn't rate him at all. 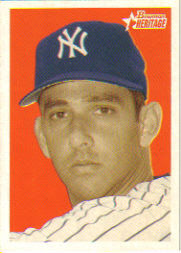 He may be my everyday catcher if the Yankees would ever decide who was going to do all of their catching. 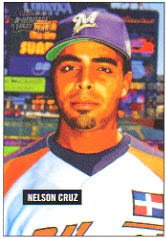 Again I didn't rate enough players for the late rounds. The ink wasn't even dry in the virtual contract when Nelson was placed on waivers for...
BN - Ken Griffey Jr. 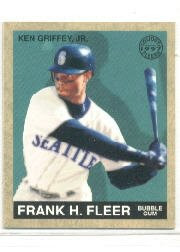 I think Griffey will be my DH. Seattle did build the stadium for his swing. And since he projects to only DH this year maybe he stays healthy.
BN - Hideki Matsui 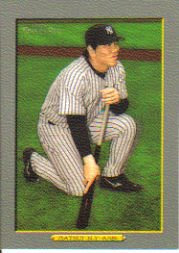 Not big on Godzilla. The Yankees have so many outfielders he may never even play.
SP - Josh Beckett 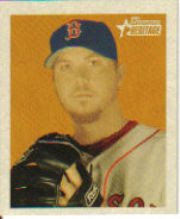 My ace. All reports from City of Palms Park say big yer from Josh this year. 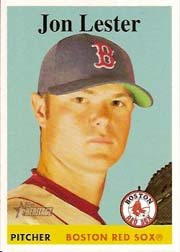 Another Red Sox. I couldn't help myself but rank them all high. I think he deserves it though. 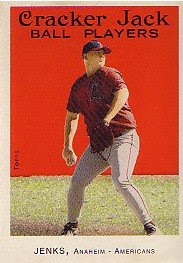 On again off again closer. Scary pick for me.
RP - Jose Valverde 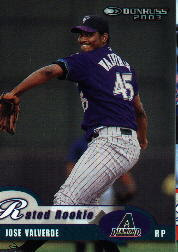 I don't even know the guy. I thought about dropping him for Okajima but I have so may Red Sox already....
SP - Ben Sheets 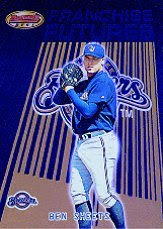 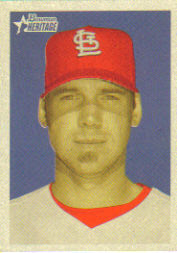 Not a bad waiver wire guy. Supposed to be healthy so far... 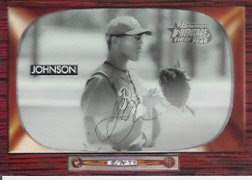 Don't know this guy either. Mario - was this an ok pick up?

Not the Randy Johnson of old but not too bad... 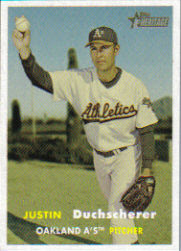 I can't say his name but he pitched in the All Star game last year so he can't be to bad. 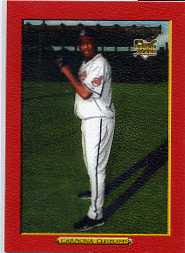 Someone has to be at the bottom of the barrel and there are not really any starting pitchers of note left.

I'm by no means a Fantasy expert but how does everyone think I did?? I think I did okay for not even participating in the draft. The league has head to head scoring and I have a lineup in my head but it would be interesting to hear what everyone else thinks I should do. There is, by the way, some kind of award on the line so I'm not above asking for help.

I think your hitting lineup is pretty good and can contribute to all the categories. You can probably replace Matsui fairly easily. Your pitching needs some work (dropping Sheets is a good idea, Duscherer is hurt too) In a head-to-head league with unlimited transactions, I usually have one roster spot to rotate starting pitchers based on matchups. I like Lester a lot also.

When you get a chance, drop me an email please.

Not bad for an autopick... you better get some high-speediness before our draft...